The Two of Us Productions, Claverack, NY

"Everything God does, there's a reason."

"A pretty girl" (the title in English) is the story of the two Weiss sisters, separated by the growing Nazi movement in Europe, when Rachel was four years old and Lusia was nearly twelve, are awkwardly reunited in New York City in 1946. Rachel has become Rose White over her father Mordechai's objections; he also objects to her cooking, her clothes, her work; he is still the same accountant he was in Poland before World War II. Still the three sole surviving members of their family come together and attempt to understand one another, their life choices and motives. Lusia finds it difficult to escape her past, the death of her mother and the loss of her husband whom she searches for. Mordechai can't change his ways, the habits of a lifetime based on his devotion to a God he believes he totally understands even if he disagrees with God's choices. Rose/Rachel just wants to live her own life her own way, though she is drawn to this sister she cannot remember. The three live out their days as best they can, trying not to hurt one another and discovering how impossible that actually is to accomplish.

This is the conflict. Each of them has their own needs and their own way of dealing with the life before them. They are as uncomfortable with the other two as possible. I was a little bit uncomfortable with Karissa Payson's Rachel. In her eagerness to show the character's uneasiness with her family she had a tendency to speak too rapidly and too softly - shall we say circumspect - to be easily understood through about half the first act. Her character, however, is the only one that shows actual growth which would normally make her the character around whom the play has been written.  Rachel, however, is not the main character in this play; that honor falls to Lusia.

Played by The Two of Us Productions co-founder, co-producer and constant star, Constance Lopez, Lusia is a fine and well-developed character. Lusia is a paragon of patience, an autocrat of the Jewish/Polish middle-class, a devoted daughter, wife and holocaust survivor. Lopez makes every one of these defining characteristics visible, audible and believable. Without a doubt Lusia is one of her finest performances to date. 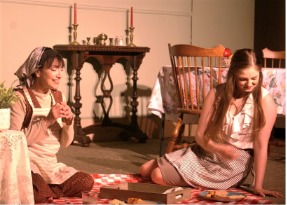 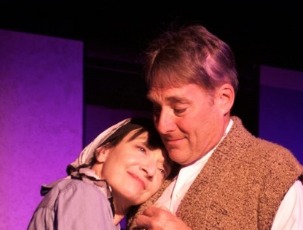 The Leinungs, father and son, play the two pivotal men in Lusia's life, father and husband. Mark Leinung is handsomely charming in his few scenes and John Leinung is more than merely annoying as Mordechai Weiss. The leading men play polar opposites, and it is sometimes difficult to understand Lusia's devotion to both of them. The play is episodic and employs flashbacks to tell its story. We see Duvid as a child, teenager, young man and older man during the course of the play. Mordechai stays the same from start to finish and his lack of flexibility, as much as anything else, defines the man for us; we can understand him, but we never like him. 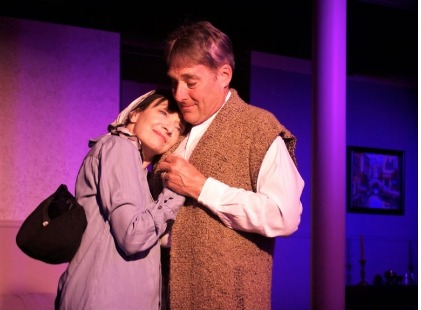 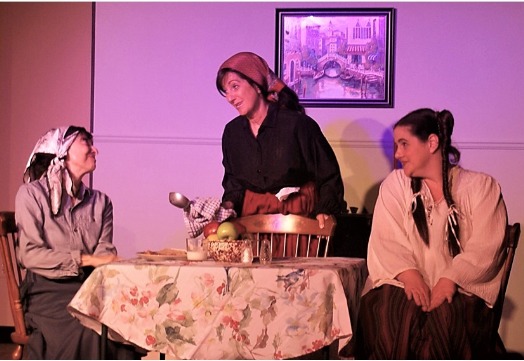 ﻿﻿ Sorelle Bauth plays Mama, and her sweetness moves us to tears. Lusia's friend Hanna is played by Catherine Hunt-Wheelock who pulls off both youth and exuberance well. These two add much to the atmosphere of 1930s, Pre-Hitler, Poland.

Director Stephen Sanborn tackles the Jewish imagery well and only misses on the minor things, Accents come and go as they must in a memory play, appropriate to the present in America while not needed in the past in Poland, but technically he comes close to losing the audience in those moments that are not given a new look which would place them elsewhere in an earlier time. There is no lighting designer credited and that is just what this production desperately needs. There is a lot of good work here in Claverack, but the show is not as good as it could be. A few dollars spent wisely would have saved this play the agonizing difficulty of its final scenes. With so much so good about "A Shayna Maidel" what a pity it is to leave the production only ninety-five percent realized. It's still worth a look; you won't have many other chances to see this fine play.

A Shayne Maidel , ﻿produced by The Two of Us Productions in the Gallery at the Claverack Free Library, 629 Route 23B, plays through May 22. For information and tickets go to www.TheTwoOfUsProductions.org or call 518-758-1648