Crazy For You, Book by Ken Ludwig, loosely based on the 1930 original by Guy Boltonand John McGowan; Music and Lyrics by George and Ira Gershwin. Choreography by Justin  Boccitto. Directed by Sarah Combs.

"IT'S THE BEST KIND OF WORK IF YOU CAN GET IT."

Once in a while a musical comes along that breaks the boundaries of fun, sending the cast, company and audience into rivulets of pure delight. Just such a show is on stage at the Sharon Playhouse in Sharon, Connecticut - "Crazy For You" is a sell-out hit and could probably run for the entire summer.

Big production numbers highlight this show which, in 1930, made stars out of Ethel Merman and Ginger Rogers. In the redo of the book many of their songs were cut and other Gershwin hits added, much in the Goodspeed Musicals style, and both women's roles were combined into a single woman. But somehow it just doesn't matter for this woman is both, wrapped into one dynamic performer. She is Amanda Lea LaVergne and she is worth the entire price of the ticket, the length of the drive and the cost of at least three intermission cocktails.

Two lead performers who build to a dynamic conclusion. 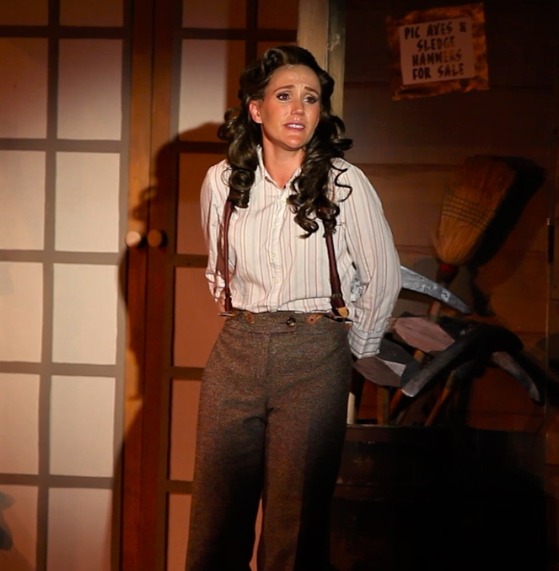 LaVergne heads a cast of beautiful women who sing well and also dance like they were in the dream ballet in the film "An American in Paris." She, however, is a standout. I liked her very much last season as Reno Sweeney in Sharon's production of "Anything Goes," but this year she is truly the star I suspected she would become. From this petite form comes a voice that can rock the world, rivaling even the original big belter, Ethel Merman who introduced what is the first act finale of this show: "I Got Rhythm." Unlike the Merm, however, LaVergne finishes her chorus and then goes into her dance, dances fabulously and then comes back for the big sustained high notes that we associate with this song.

As an actress she has chops as well. Her dramatic scenes with her leading man and with her father and the towns people are touching and effective. She leads us through her character's emotions in the song "But Not For Me" which Ginger Rogers sang and set the world on fire. She handles the verbal and physical comedy beautifully and subtly. Here, for once, is the entire package without reservations. New York take note: This is a star for the 21st century. 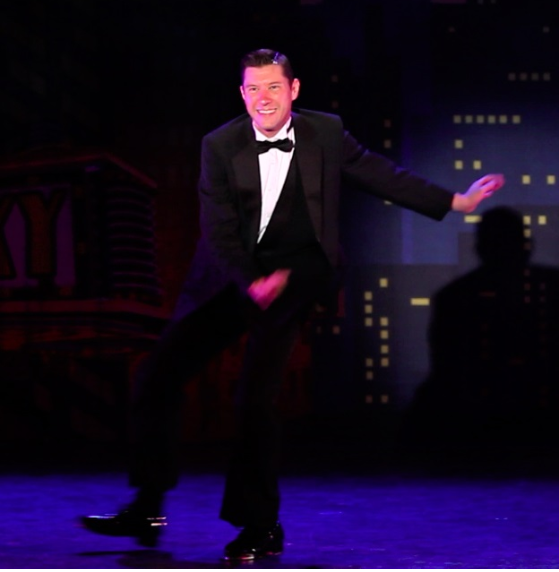 I think most people who go the theater have heard of the "triple threat," someone who can act, sing and dance equally well. In the case of Justin Boccitto we must add a fourth element and call him a "quadruple threat." Not only can he handle the above mentioned chores in a show, he is also a dynamic and exhausting choreographer. The dancing in this show is absolutely spectacular! Twelve of the numbers include dance routines and some of them at breakneck speed. His own dancing, tap dance or romantic pas de deux, is delicious to watch and listen to and he never seems to break a sweat.

As an actor Boccitto shows his comic chops more than once and he uses the dramatics of the story, the urgency and need of Polly and of his own mother and fiance, to good work. We understand Bobby's motivations, which are so musical comedy at times as to appear implausible, and we accept them without question. In the story he is a rich New Yorker who cannot satisfy his mother's hopes for his future and instead only wants to be a hoofer in a Broadway revue. It is his struggle to do both that moves the story along and sets up the romance.

The cast of this show is filled with fine performers. Joey Sorge is very funny as Bela Zangler (he duets with Boccitto in "What Causes That?"). Bobby MacDonell is fun as Moose and Addison Garner is delightful as Irene. She is paired with handsome and dynamic Ryan Thomas Curley as Lank, an almost villainous man with designs on Polly.  John Champion and Barbara Zucker-Pinchoff play the Fodors with elan. Liam Grimaldi is terrific as Pete. Emily Soell is perfect as Lottie Child. Heather Klobukowski is perfect as Patsy.

The entire ensemble seemed to be having so much fun up on the stage that the show essentially tripled its impact and no one should feel left out in these comments, for they are a company of players who play so well together that even the off-stage band seemed to have an onstage impact. As the song says: What causes that? 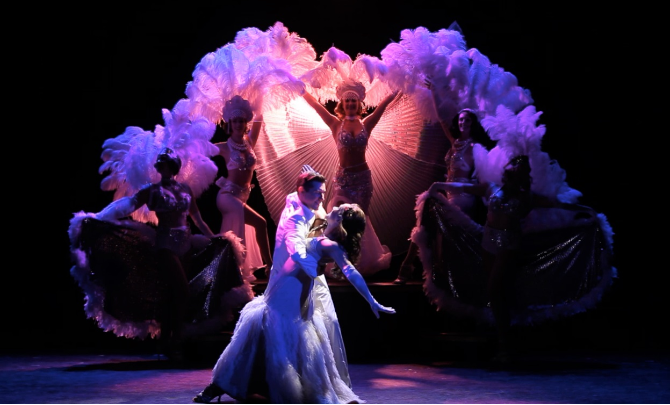 and makeup by anonymous were remarkably period-perfect.

Sarah Combs has directed a seamless, first-quality production and used her wonderful cast with a remarkable eye for detail. A totally non-flawed production in a summer theater is almost impossible, but for this production the director has delivered a package that has suffered no damage in transit. If this production and company transferred to Broadway next month it would be no surprise at all for everything she has delivered here is that good.

Would I say go see this? No! I'd scream and shout it: GO SEE IT!

Crazy For You plays at the Sharon Playhouse, 49 Amenia Road, Sharon, CT through July 7.  For information and tickets go to orwww.sharonplayhouse.org or call the box office at 860-364-7469 X 200.