"He kisses better than Jesus!"

The jokes are sometimes not so good - but they're really not intended to be better than they are. That was burlesque, an artform that through the last century became distorted into something else - the striptease show. To burlesque something is to make light of it, to parody something with humor and a bit of innuendo. What Gypsy Layne Burlesque, a Berkshire-founded troupe, does is to bring humor to the striptease, to the sensual dance, to the comedy of the second-rate sketch writers. It pokes it's fun so well that it becomes fun and funny for its own sake and that, good folks, is solid entertainment. This weekend you can experience it for yourself at the Bennington Performing Arts Center in nearby Vermont. They are playing two performances only and one of them is now gone, but you can still buy tickets for the Saturday February 12 performance if you hurry. If you've never seen them before it's worth the trip as I found out Friday night. 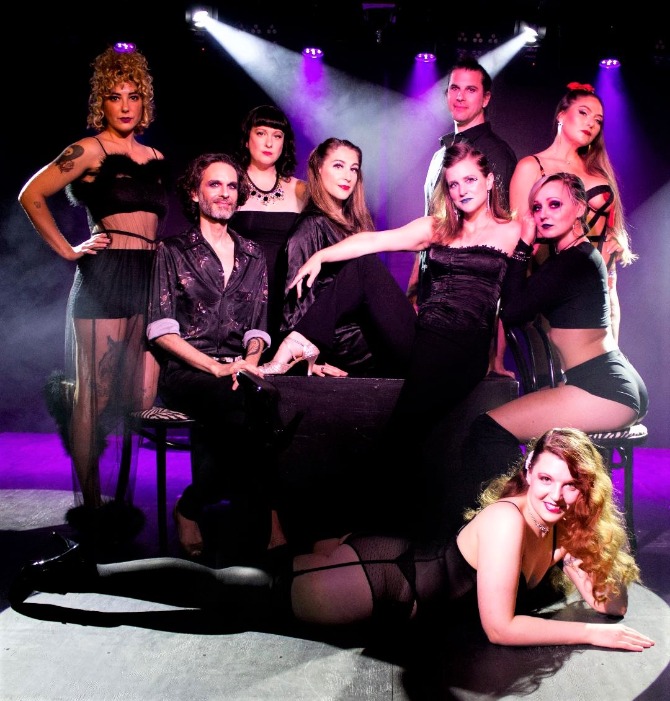 This troupe manages to prompt applause and cheers and laughter every minute they take the stage. The troupe consists of Rosebud Red, Mikek Monaco, Opel Raven, Cody Dallaire, Kitty "Bang-Bang" Holloway, Jude Deen and Zoltan, The Mad Hungarian. They perform stand-up comedy, sketch comedy, a fan dance, a single striptease number, trio strips, cross-dressing strips, a get-dressed number, baton twirling and other specialties. It seems, by the end of its two-hour performance as though there is nothing the gang can't tackle.

Music, sometimes too loud and a bit distorted, never stops and its combination of familiar songs and, for me at least, strange tunes that tell stories for the cast to enliven with dance and mime. Kitty dances with great beauty and special effect to a song called "Lucifer." Opel staggers us with a specialty entitled "MANdroid," while Rosebud pulls out the stops early in the show with "Bump and Grind" bringing the classic concept of a Burlesque dance into sharp focus. Mike takes up the Burlesque joke in a specialty to the classic tune "It Must Be Him." In the Second Act Cody pulls off the delightful reversal number to Dolly Parton's hit "9 to 5." A trio of players play out a TV talk-show parody in "Gypsy Gab." which couldn't be funnier if it tried.

Several of the performers in this group of expert audience-pleasers have genuine acrobatic skills which are used to great effect. In "Light Up the Night" Cody displays a very special talent for baton twirling that is genuinely illuminating. She does things with a very special variant on the fire-baton that I cannot explain.

Genital jokes fill the spaces between numbers and in the sketches, and rather than offend anyone they emerge as rallying cries for onstage comments and audience snickers. At the performance I attended there were more women than men in the house and their delight at these jokes was a delicious reminder that a form aimed at pleasing middle-aged men in the 1920s was now aimed at a feminine audience as well.

Trans-sexuality and cross-dressing fill the show along with dancing with scimitars balanced on various body parts, something I have never seen before this show. There is truly something for everyone here and I don't believe that any audience member would leave this entertainment without bringing away some terrific memories. I can't begin to fathom how many people it takes to run this show with its costume, hair and makeup changes, its stage clean-ups between numbers and its lighting work that sometimes is baffling. I went to Vermont for this, not realizing what a treat I'd been missing over the years, but I emerged a fan who will hopefully see them perform again sometime soon. As they are local it seems possible (they infer they are willing to perform at Bar Mitzvahs). "Today you are a man" takes on new meaning! 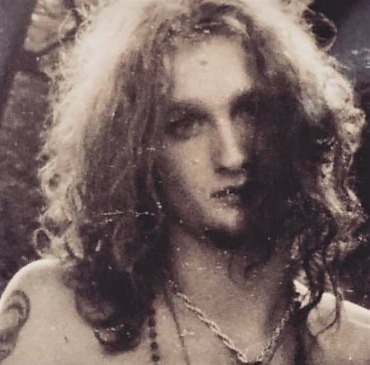