My Witch: The Margaret Hamilton Stories, by John Ahlin.

﻿" I was born two years after the end of the Victorian era. But no one told them in Cleveland."

Jean Tafler is playing Margaret Hamilton, a famous actress no one knows or remembers, Hamilton says in this new play now in performance at Hubbard Hall in Cambridge, NY, except for one role: the Wicked Witch of the West in "The Wizard of Oz," made and released in 1939. In truth, she's right. And it wasn't until 1956 when the movie began to make its annual TV appearance on Thanksgiving that people finally took notice of it. However Hamilton acted in movies almost constantly and then returned to her live appearance stage roots and began a television career. She worked much more than most actresses, one of the joys of being a character woman and not a glamour star. In her cabin in Maine, on an island of her own, she enters her non-electric house shocked to find an audience waiting for her. A storm is approaching and she is comforted at not being alone. She feels talkative and  before you can enter her world she has thrown open the doors of memory and the play is the thing.  Jean Tafler strikes just the right note from the moment of her entrance.  John Ahlin's mono-drama is a very well-crafted performance piece, directed with an unusual naturalness by Al D'Andrea and its current tour is ideally suited to small theaters with limited-sized audiences. It profits from that intimacy a lot.

I had the pleasure in the mid-1960s of knowing Hamilton. She was appearing at Lincoln Center in a production of "Show Boat" and sharing a dressing room with my friend Rosetta LeNoire. When we met we simply hit it off and she invited me to tea at her Gramercy Park apartment. Seeing this show, watching her prepare to host a similar event in her cabin in Maine, I was struck with Tafler's uncanny resemblance to the actress herself. In her movement and her tone of voice she was able to summon that reality without imitating Hamilton's voice or verbal style. She simply created a Margaret Hamilton of her own that said this is who she would be in this sort of circumstance. I can't say for sure, but I think the playwright even gave her the right sort of munchie to make for such an occasion.

Tafler sings well and Hamilton was very able with a song. Her final role on stage was in the tour of Sondheim's edition of Songs of a Summer Night, the film that he transformed into "A Little Night Music" replacing Hermione Gingold and outdoing her completely. There is so much about Hamilton to learn, and this play gives you all of that painlessly and poignantly. The relationship with her son is examined in several ways and by the time she prepares to greet her unlikely guests the actress on stage has prepared you to see one more delicious side of the actress she portrays. The play is that good and the team of talented people who have created it are its equal. 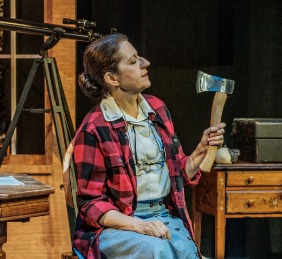 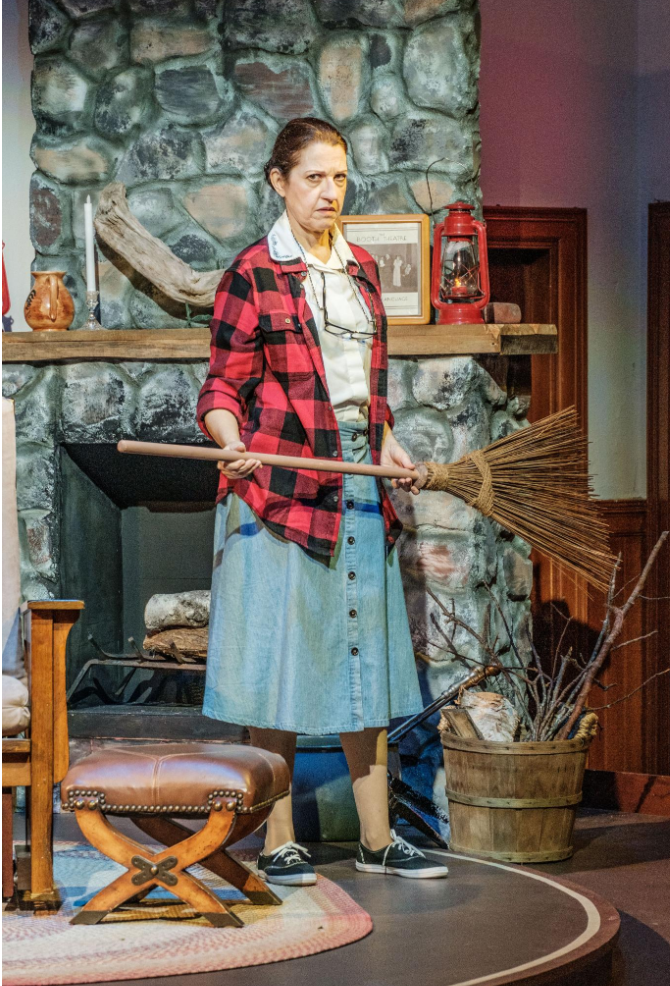 It is rare for me to fall in love with a one-person play but this year I am being confronted byt too many good ones to write about. This one is filled with the unexpected presented in a fresh way that is both engaging and enthralling. This one happens to be the second of the year with a Margaret Hamilton theme. Bridge Street Theatre in Catskill, NY gave us Steven Patterson in "Miss Gulch Returns" playing Alma Gulch, Hamilton's first character in "Wizard of Oz" and Jean Tafler should be on stage in Catskill in December with this play, part of its word premiere tour. I might just have to go there and see this again. It's that good.

My Witch plays at Hubbard Hall, located on Main Street in Cambridge, NY, just west of Route 22, through November 14. For information andn tickets go on line at www.hubbardhall.org. ﻿