When an actor creates a one-man show about himself to perform himself, I always believe that the need for drama far outweighs the need for truth. In the case of Debera Ann Byrd, now performing her own tale of woe and triumph at Shakespeare & Co in Lenox, MA, under the direction of Tina Packer - herself somewhat prone to self-directed psycho-drama - I expected nothing less. The two women share career goals. Like Packer, the founder of Shakespeare & Co., Byrd was the founder & Producing Artistic Director at TAKE WING AND SOAR PRODUCTIONS and the HARLEM SHAKESPEARE FESTIVAL . She is also the recipient of the 2009 LPTW Lucille Lortel Award and the 2006 Josephine Abady (former artistic director of the Berkshire Theatre Festival and The Cleveland Playhouse) Award for Excellence in “Producing works that foster diversity”.  Her history tells me to listen carefully to her story, told her way, and believe what I hear.

Then came the surprise.﻿﻿ 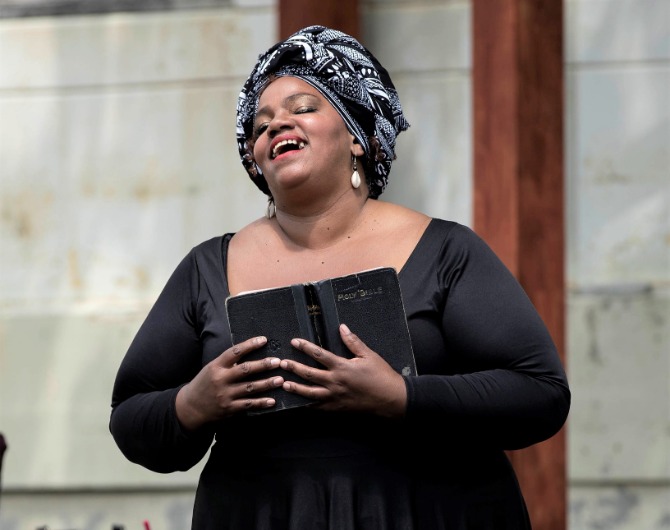 After a troubled childhood and disturbing youth she discovered Shakespeare, created a goal for her life and pursued it with a zeal that was unshakeable.  It led her to a college program in New York City headed by one of my best friends where she studied under a true mistress of the form, Dr. Elizabeth Swain. I worked with Liz Swain twice, once at her school, the Marymount Manhattan College on an "Aphra Behn" play, where I witnessed for myself her impact on students like Debra Ann. Had I any doubts left about Byrd's story they disappeared completely when she said Swain's name.. It all made sense. Packer's directorial influence has been the next great thing for Byrd's work. She moves from the lyrical to the dramatic to the rapturous on this Black Girl's journey, guided by her ow fine instincts and by Packer's critical eye. The combinations here have produced a wonderful piece of theater, one which will always be under construction as she performs it and audiences react to it. 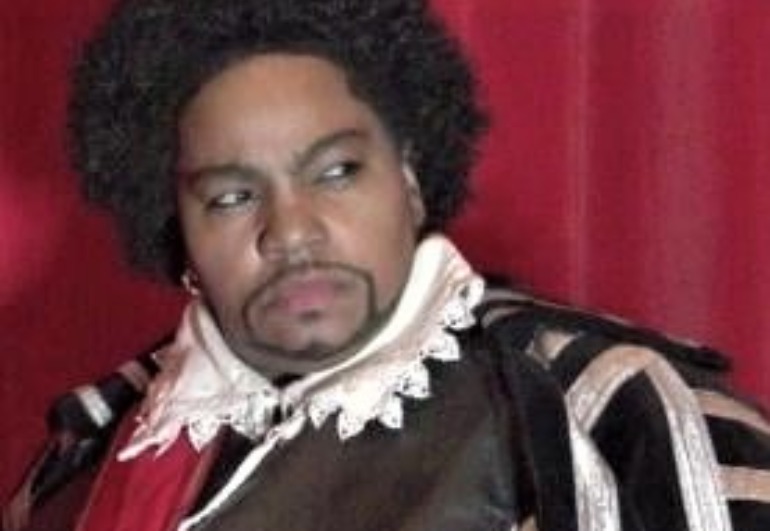 In a transformative costume designed by Gail Cooper-Hecht on a set created by Devon Drohan  Byrd plays out the lows and highs of her life right through her experiences in three productions of Othello. There are dramatic revelations I will not reveal and magical moments you must discover for yourself. For two hours  her life is alll that matters and while her verve and vitality is all her own, Packer and Swain have clearly (to me) pumped gas into Byrd's tank.  Meant to be seen outdoors in the Roman Garden Theatre, the wet weather forced opening night into the Tina Packer Playhouse where the anonymous stage lighting proved absolutely necessary.﻿ 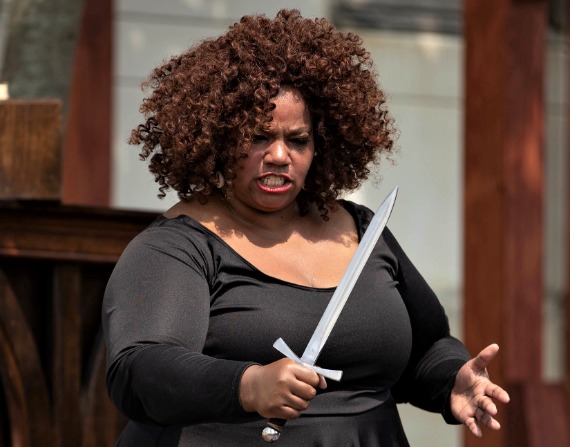 Would I recommend this show? Absolutely! It is gripping, realistic, theatrical, and dynamic. Would I bring kids? Only If they are prepared for it, but I would. There is much to be learned here, by adults and by children. Byrd has a message to deliver about dreams and plans and the realities of a world not ready to aid the journey.. In fact if I was Shakespeare & Co. I'd bring this mono-drama back every year. It's that important and that good.

Becoming Othello: A Black﻿ Girl's Journey  plays through July 25 in the Roman Garden Theatre at Shakespeare & Co., 70 Kemble Street  in Lenox, MA.  For information and tickets go to their website at www.shakespeare.org