Martha Mitchell, who died in 1976, is now a peripheral figure in our history, remembered by a few older folks who witnessed her indiscretions, but forgotten by a nation running rampant through the field of marginal behavior. “Without her,” former President Richard Nixon remarked, “there would have been no Watergate.” Not the hotel, of course, but the scandal.

For the thirtieth anniversary of her death Shakespeare and Company in Lenox, Massachusetts presented Jodi Rothe’s play, Martha Mitchell Calling, starring Annette Miller in 2006. Coming upon this character then was a revelation. Her husband, John Mitchell, had been Richard Nixon’s campaign manager and his Attorney General. After the Watergate trials, he was sentenced to prison along with other Nixon supporters; Nixon was granted a full pardon by his successor in the office of President. Martha, John's flamboyant, gossipy, southern belle of a wife, survived as the principal informer on her husband’s guilty buddies. She was infamous in her day, known for telling the truth when everyone else was just lying and covering up their wrong-doings. Not Martha. She blabbed and blabbed. Life repeats itself obviously. 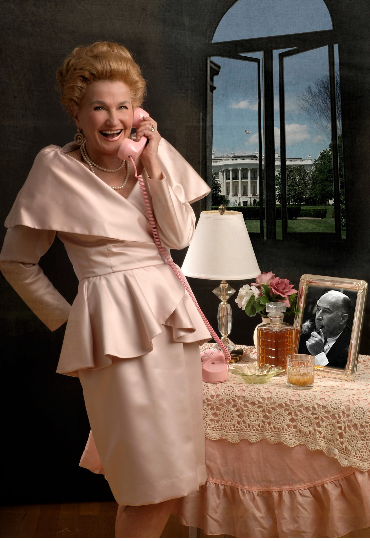 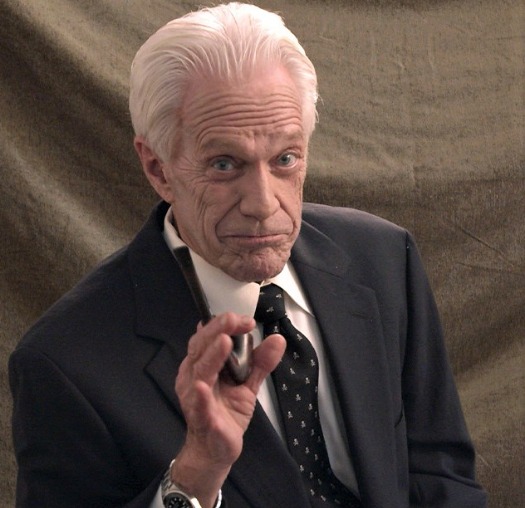 . . . . think of all of today's whistleblowers in the White House, think Mary Trump, the niece of The Donald, our current White House Resident (and self-proclaimed ruler: another Nixon in clown-tie clothing).  This play, newly re-edited and shortened to sixty minutes with a new prologue and epilogue, seems so right on the money for today's audience. In the concept of history repeating itself we're on the thruway to Hell. Sometimes, in this version, it is hard to remember who Martha is talking about: Tricky Dick or Humpty Trump. "I am a Republican, for God's sake," she says, "and we are the last ones to try anything new." There is pride in the  comment, as there are in all of her comments to other people about other people in the play. The term "for God's sake" is not just a human expletive, it is a statement of fact and the God she refers to is the President of the United States. I know women now, more women than men truly, who express much the same reverence for Donald Trump. I didn't get it back then and I don't understand it now.

Martha is a dyed-in-the-wool southern Republican. One of the greatest things about Annette Miller's performance is watching that conviction unwind and unfold. She does it subtly, in stages, and you don't notice it, really, until she reaches that sudden point, equally subtly not sudden at all, when all that she has based her life on is finally removed from her grasp. When she finally understands how wrong everything has grown in spite of her efforts to make everything right, she laments, "that is what is wrong with this country - too many people are keeping quiet." 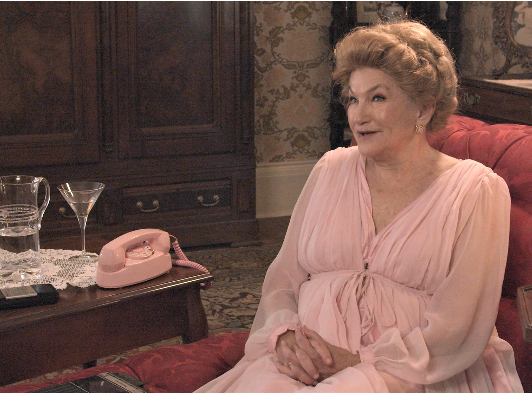 ﻿Annette Miller has grown with the role. Fourteen years ago she was literally a firebrand, but the years have given her Martha a sense of finesse. She comes to the changes in Martha's understanding now with a quiet sharpness, still very much Martha but this time as a woman with a mission instead of a mission with a woman. She has kept all of Martha's charms and has added a deeper sense of humanity.  She relates the heat of her love affair with her husband with passion and with a naughty sensibility that teases rather than taunts. She keeps Martha's southern expressionism but wraps it in the cloth of music, violins instead of trumpets.

John Mitchell is played by Kale Brown whose own personal interpretation of this manipulated, manipulative man gives us the silliness of his love for Martha with the practical aspects of a lawyer whose own ambition overtakes his sense of wrong and right. As this is a video-version of the play, he speaks through his portrait in a split-screen setup that works after the first shock of it. Stories like this one don't always linger in the mind and his final speech is a bit of a shock, which is good dramatically, even though it has been foreshadowed. Martha, remaking herself on the way of her world, has told us that there is now, with the exposure of both Watergate and the secret wiring of the Oval Office by Nixon, a people, a nation experiencing "more fear than Bambi in the forest fire."

"Remember Cassandra?" she asks the audience at the top of the play only to repeat it later, the woman whose predictions of doom were ignored in her own time. She sees herself as the modern expression of Cassandra's character. What makes Martha so special is her belief in her own resolve to tell the truth (a TV program she later appeared on). She knows she is right to be open no matter who gets hurt, and though she wants to protect the man she loves he is inevitably caught in the wildfire she sets alight. 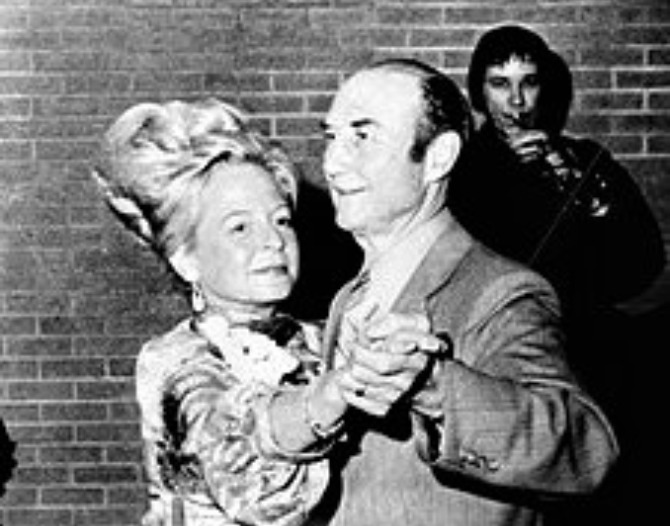 The Mitchells were special people and they knew it. They behaved as they wished and each of them created a historic personna though that had not been their desire. Her early death from multiple myeloma, a rare bone cancer, was painful; after a five-day struggle she expired on Memorial Day, a fitting tribute to her unique accomplishments. He lived on having remarried,  the great romantic love-story behind him along with his political tribulations from his devotion to Nixon (think of today's cast of characters in the same boat).

Shakespeare and Company's maiden voyage into filmed theatre (this is not a movie) helmed beautifully by director Mark Farrell is just an example of what may be coming next. Kudos to all involved, author Rothe, producer Elizabeth Aspenlieder, producer Allyn Burrows and the fine crew of designers and technicians. The run is too short but the play is worthwhile and the running time of one hour is remarkable. Martha's defining comment of self-worth "You bravely risk everything for the truth," applies to this presentation. Theater is restored to us and to its own people who live by and through it:  "O for a Muse of fire, that would ascend the brightest heaven of invention, A kingdom for a stage, princes to act, and monarchs to behold the swelling scene." Says it all!

Martha Mitchell Calling can be seen on VIMEO through ticketing at Shakespeare and Company's website Shakespeare.org on October 29, through November 1. Book your tickets in advance. And then GO OUT AND VOTE.