In its world premiere production at the Great Barrington Public Theatre's performance space at Simon's Rock College Anne Undeland's play Mr. Fullerton holds a telescope up to the relationship between wealthy novelist Edith Wharton and journalist Morton Fullerton. In the first decade of the twentieth century Wharton was beginning to outshine her best friend, Henry James, and her other contemporaries due to the sales of her novel "The House of Mirth." Living in Paris during construction of her house, The Mount, in Lenox Massachusetts with her maid and her dogs, she is introduced to Fullerton at a dinner party in her own suite. Four years older than the reporter she finds herself attracted to this man and he ultimately inspires in her an enormous intellectual and physical romantic attachment. She is a married woman; he is a seducer and roué. His physical beauty and his physical attraction to her kindle a romantic rapport between them that burns hot  for about four years. Those years are where this play is set, mostly in hotel rooms and in her rented suite in Paris. When the sizzzle turns to fizzle, the romance dies and the play seems to die with it. There is something missing in this tragi-comedic look at a great love story which is a pity because the writing is so good and the staging so clever ; it is hard to pinpoint  what goes wrong here. 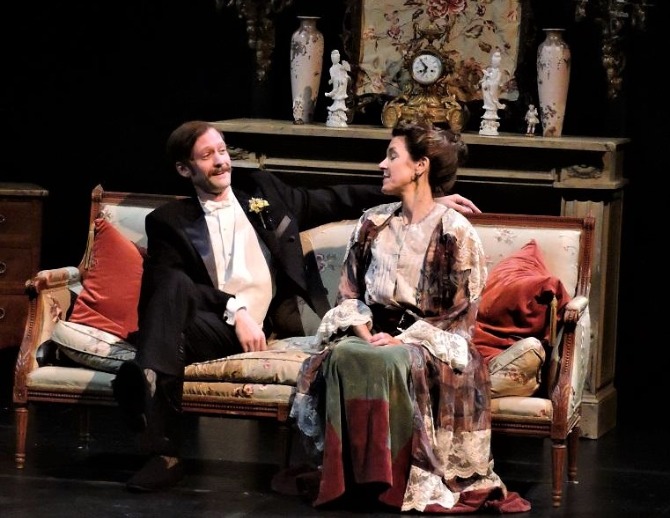 Wharton's looks at forty weren't the sort that inspired poets or lovers. She was plain but personable, a good hostess and an excellent conversationalist. All of this is evident in both Undeland's script and in Dana M. Harrison's fine discretely beige portrayal. Harrison is reserved and portrays a scrupulously fair woman living outside her marriage, open to new people and new concepts but still held back by traditions.

The author and director let us know what an affair is about and the actors play it for us with panache. Later in the play when things turn around for them, when the flame wanes a bit, when she gives him her diary of their affair and he disappears for several months without a word, the play loses steam.

Even new-found knowledge of his life apart from her, shared by her good friend Henry James, doesn't cool her ardor, but only changes it from passion into rage (another sort of passion), and despite good acting by Harrison, something suddenly goes wrong with the play. Maybe it is simply that something went wrong with Edith and Morton and that is reflected in the script. The scenes that follow are still well written and well directed, but the play has lost its magical hold on us.  I just don't know why or what to say about it. The truth may lie in the character of Edith herself; it is hard to empathize with the haughty wealthy. 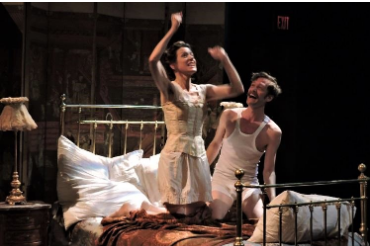 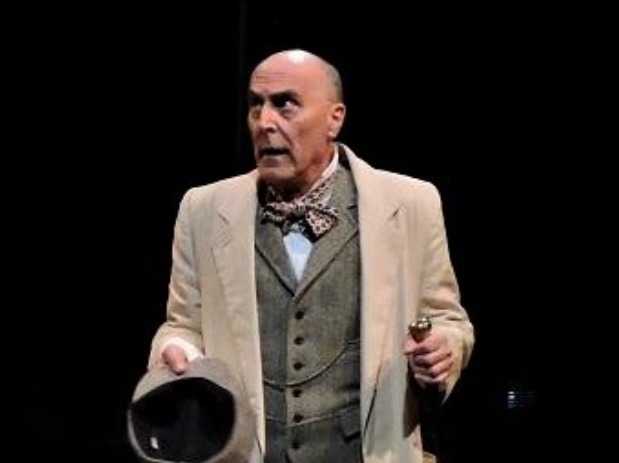 The two other actors in the play deliver remarkable performances as well. Glenn Barrett is a fine, gay Henry James, ever-defiled by Edith's dogs. Myka Plunkett plays the equally remarkable Posy, an Irish maid with an appetite for good writing. These two are on stage almost as much as the lovers and they add considerable interest to the romance.  Plunket narrates, dances, swirls, tells stories, does Edith's hair, keeps props and characters in their proper places. And she does it all with a perfect accent.﻿ 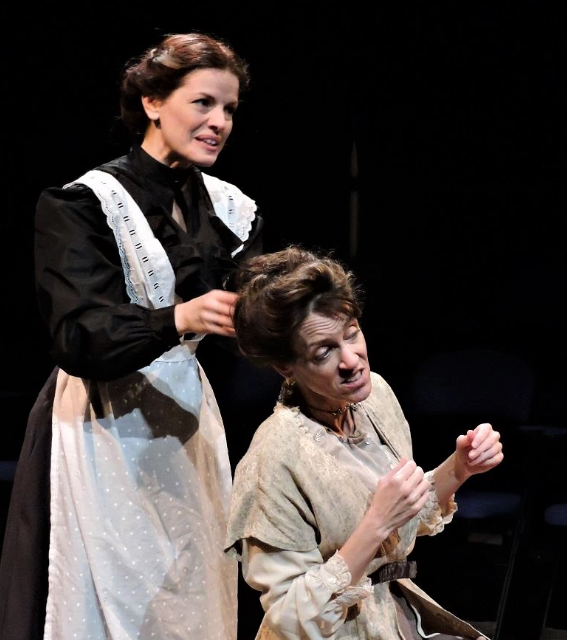 . . . what this show has received. The set designed by Patrick Brennan gives the actors  places to do what they need to do to make the story work. Brittney Belz's costumes conjure the era of the play and define the people to perfection. Brian Barnett has kept light doing what it needs to do in a mostly realistic world. Sound Designer Jason Brown fills the empty spaces of time with music and other sounds that cope with both fact and fiction. Whoever has done props deserves a special accolade. These production values are so important for a new work moving it forward into stage reality. That, of course, is chiefly the responsibility of the director and a fine director has moved this play onto the next stage.  Judy Braha has given the words of Anne Undeland true life. She has shown the actors who they are and how they live and what acts they perform. She has used the black box theater's spaces so well, that we never know where things will start, or end or exist for a while. For this play's birth Braha has been an expert mid-wife.

MR. fULLERTON ﻿plays in the Daniel Arts Center at Simon's Rock College of Bard as a production of Great Barrington Public Theatre through August 1. For tickets and information go to GreatBarringtonPublicTheater.org