How true that is. After a year and a half of imposed difficulties Berkshire playwright Jessica Provenz is taking a big step in her career as the author of Barrington Stage Company’s newest summer season play. Six actors appear in twelve short plays about residents in a Condo community in Boca Raton, Florida, a warm, dry place, during the coolest, wettest Berkshire summer on record: BSC Associate Artists Peggy Pharr Wilson & Debra Jo Rupp, April Ortiz, Gilbert Cruz, Kenneth Tigar and Robert Zukerman (pictured right) comprise the cast; Founder/Artistic Director Julianne Boyd is the director.

The twelve plays run between 3 minutes and 15 minutes each. The work was commissioned by Barrington Stage through the contribution from  Sydelle Blatt after Provenz’s two one-act plays had been in the company’s 10-x-10 play festivals in 2019 and 2020. “Julie commissioned the play eighteen months ago,” Provenz said . Boyd, of course, already knew Provenz who works for the company as Director of Individual Giving. “I keep the two jobs separate,” she noted. “I’ve been content with the idea of raising money to put on other people’s plays. I made my peace with it.” She went on to relate her story of how this commission came to be. “On Nov 1 we had a day off in 2019. The deadline for 10x10 submissions happened to be that same day. The casts of the festival generally consist of three couples, one in their twenties, one in their forties and the other one seniors. Seniors were lacking for roles. I quickly wrote one, the Lasagna play “Stay, Please,” and it was accepted.”

“Writing a two page synopsis called Boca felt like I was hitting a world that I knew,” she continued. “You try to keep the same people out but they keep popping in.” She wrote “On the Rocks” in 2020 for their virtual 10x10. She was flattered to be asked for a fuller play but put it aside as her fundraising work for the company all-but consumed her. “Then In February Julie Boyd asked ‘how’s it going on? But I really hadn’t written anything. I set to work on the play in early March knowing that I had an August deadline for rehearsals. They actually started on July 9.” She worked frantically, her dog Zeus in her lap,, her ten year old son reading each scene with her. “The different stories came but I kept the same premise at the heart of each piece. This is not a play I wrote to change the world. Rather, it’s a bit of a response to last year, about people who come together as a community.”

Jessica also used the writing and its characters as a tonic against the cancer she was fighting at that time. “I was dealing with that while I was writing this play where I was laughing at what I was typing. There were moments that made me laugh which is part of the process for me. Now I’v e been through so much rewriting. We did a reading in May and July 9 started rehearsals. I’ve even had one scene rewritten this past week. Julie is a great guide and the cast have contributed ideas and now the audience reaction has helped me. It’s been one large good relationship, Julie and me, the cast and me and now the audience .”

The theatre has responded to the audience as well, in stalling heating in the tent and for Jessica Provenz it is a very positive move. “I’m a social person,” she remarked. “A theatre is like a holy place for me and I’m thrilled that this play will continue to bring people together, another community.” As for the future, she will continue fund-raising for the theater and is looking forward to the next steps. “We’re taking the show to the Gable Stage in Coral Gables, Florida in late April and May and Julie will direct it there too.”


The show has been in previews for a week and opens tomorrow night for run through August 29. Provenz is looking forward to the audiences meeting her characters. “I feel like I’ve been in labor for a week now,” she said We both, she and I, hope the baby born will be as beautiful as its conception, albeit with fewer pains and much less stress.
. 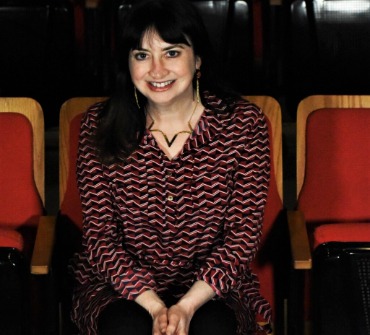