Pinocchio: All Strung Out, based the Disney version of the Carlo Collodi novel, written and directed by Cathy Lee-Visscher. Reviewed by J. Peter Bergman

The Pantoloons are back on stage in Ghent, New York with their twentieth annual holiday show. Based on the Carlo Collodi classic story, Pinocchio, it tells the tale of a boy made of wood who is brought to temporary life by the Blue Fairy and who faces a wide variety of educational experiences before achieving true life and true love. He survives, occasionally by lying, and saves his creator/father from death in the belly of a whale before coming to grips with reality, in this case highly politically motivated reality. Based on the British stage traditions this year revives what has been missing from the past two annual shows: political reality-satire married to a well-known children's fiction. For this major anniversary the company has been gifted the goings-on in Washington and the resulting commentary on the era of "Trumpliani"  lets us laugh at the fairytale in which we are living. To quote British Theatre legend Noel Coward, "I couldn't have liked it more." ﻿ 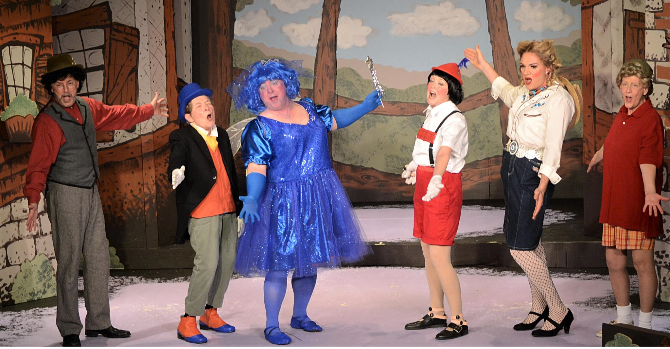 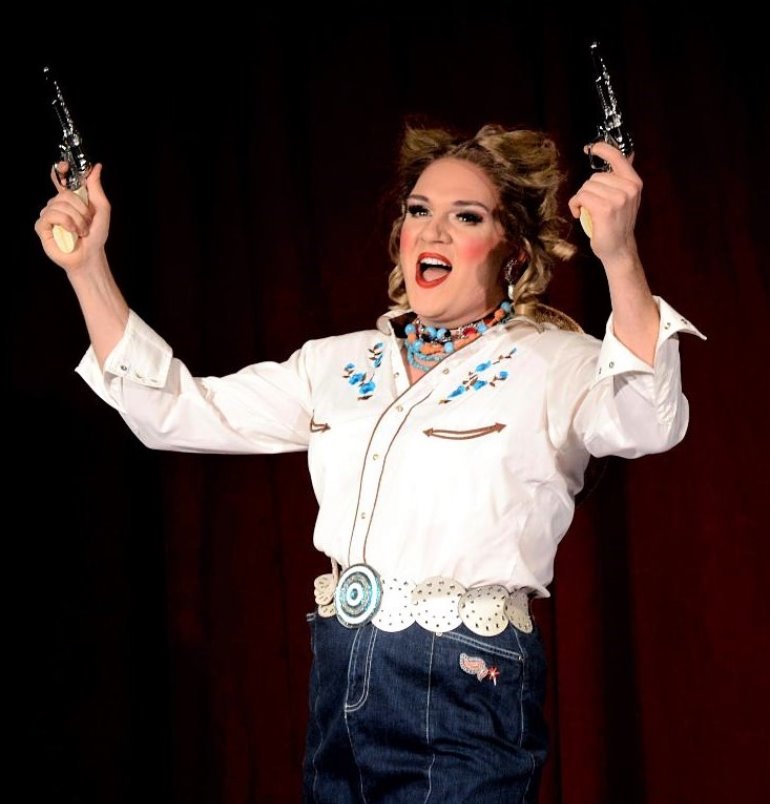 The cast is filled with local favorites, all of whom have been seen on this stage in these bits of silliness in years past. Sally McCarthy who has played many boys in previous editions is on hand as Pinocchio. Sam Reilly takes on the femme fatale/seductress role again and once again becomes the best good girl in town. Joanne Maurer delightfully portrays the eager helper for the hero. Monk Schane-Lydon is the blue fairy and other characters I will speak about later on.

Cathy Lee-Visscher plays Honest Don, a wonderful combination of the wily, wicked wolf (of Wall Street) and the political master-no-mind of the nation he rules over.  Mark Wilson is the least Italian Italian woodworker and a whole slew of characters, including Rudolpho the corrupt, are played by Catherine Schane-Lydon, otherwise known as the company's music director/accompanist. The whale is played by cardboard. These seven players do just that - they play and play and play and with each change of scene their work gets funnier and funnier as they sing new lyrics to songs we already know ("i'm Damn Pretty" can easily be traced to Leonard Bernstein and Stephen Sondheim; "I Give My Wand a Twirl" is a sing-along parody of  the finest Jerry Herman tune you will find.) and though there are fewer than usual in this show the memory pieces are replaced with the traditional Pinocchio visual jokes including the growing nose and the donkey tails and ears.  Cross-dressing is part of the tradition and this plot-heavy piece gives many of the players a perfect opportunity to perform their gender-switched roles.﻿

Monk Schane-Lydon as a Mafia Don

Whether Brooklyn-based or Ukrainian this character adds drama to the show and it's quite amazing discovering how funny true menace can be. Schane-Lydon develops this character's DeNiro quality alongside his Reese Witherspoon-like take on the Blue Fairy. He varies his tone from Sicily to Disneyworld without ever missing a beat.  Of all his forays into the Panto-world in the past I think this is his best work yet. Combined with the honest drag-ease of Sam  Reilly's work and the almost outrageous  and honest boyishness that Sally McCarthy brings to the title role there cannot be a better way to address the political mish-mash we live in outside of this adorable theater in Columbia County.

One of the finest things about this company is the absolute genuineness they present while bringing to life this Italian classic as they pummel the activities of DC and its overseas allies. ﻿ 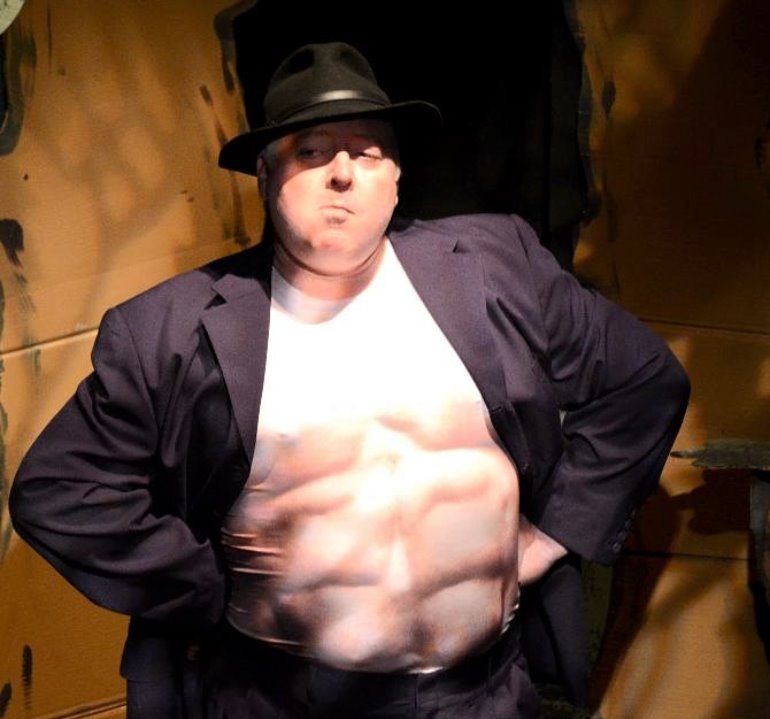 Sally McCarthy and Mark Wilson as Pinocchio and Geppetto

Jiminy Cricket, played by actress Ima Gonnachange (actually Joanne Maurer) has designed the character-perfect costumes. Can-Can Candy, played by Kar DeBord (Sam Reilly, really) has created a fine set which sometimes speaks whole chapters without really trying. Joseph Sicotte has designed excellent lighting for this show. Anita Knapp, who plays Rudolpho Giuliani as well as Honest Don's other son Don, Jr, acompanies and introduces the play and seems to have as much fun as everyone else while doing so very much. The original son (or sin) is portrayed by the show's creator and director Anita Mandalay (the proficient Cathy Lee-Visscher) who also plays Eric's own father - you cannot get more complex than that.

Are you confused yet? Go see the show; that will help clear things up. At least I think it will and you'll have a helluva good time doing it. 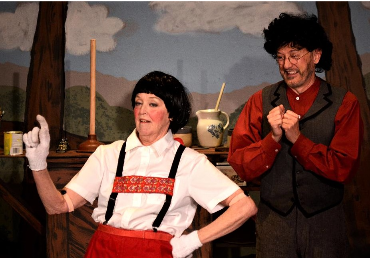 Pinocchio: All Strung Out plays at the Ghent Playhouse, found on Route 66 about three miles east of Chatham, NY, through December 15. For more information go to their website ghentplayhouse.org or call the box office at 800-838-3006.﻿