This is an example of how to adapt one entertainment form into another and do it right. "Spongebob Squarepants" has been a long running animated cartoon hit on Nickelodeon Television Network and was adapted into a stage musical in Chicago in 2015. It ran for 358 performances at the Palace Theatre on Broadway, was nominated for a host of Tony Awards in 2016, and closed in 2018. Now it has been mounted for a National Tour, prepared in Schenectady at Proctors Theatre where it is currently playing out a one week run. Giving cartoon characters a live-action shot sometimes works, for example "Li'l Abner" on Broadway in 1956 (663 performances), and sometimes doesn't,  for example "Doonesbury" (1983) 104 performances.

No production shots provided at this time.

Spongebob is an oddly compelling character as are most of his cartoon companions: Patrick Star, Squidward Q. Tentacles, Eugene Krabs and his daughter Pearl, Sheldon Plankton, Perch Perkins, Larry the Lobster, The Electric Skates, and a host of other undersea creatures. There is also the out-of-her-element Sandy Cheeks, a squirrel and Karen the Computer.

The plot revolves around a natural disaster effected through climate change: an undersea volcano is threatening to erupt and destroy the home of all of these people, Bikini Bottom, and the various positions different folk adopt to change the eventual destructive outcome. Of course this is a musical so there has to be some unlikely pairings in the romance department, a few outrageous friendships and the dastardly villains who hope to screw it all up while raking in a fortune. It takes a rather insipid starfish to come the rescue and help his BFF, Spongebob Squarepants, complete the salvage operation invented by Sandy the Squirrel. It's a musical, after all.

Spongebob is played with gusto, enthusiasm, an insistent smile and with much talent by Lorenzo Pugliese. His singing voice is large, crystaline and even on pitch when he is hanging upside down by his feet from a high ladder. He dances, mimes, moves in an angular, Egyptian wall painting manner, acts the joy of Spongebob's daily existence and beautifully portrays the neediness of a creature who lives inside a discarded golden pineapple. He wants more, wants to succeed but he fights the eternal battle of the common worker to better himself in his world. Pugliese, not tall but very much at ease taking center stage, gives great and touching hum﻿anity to his yellow sea sponge.

His opposite is Sheldon Plankton played with great cyncism and rancor by Tristan McIntyre. Plankton's a mean-spirited plotter whom Machiavelli would respond to positively. McIntyre sounds evil, moves in a deliciously nasty way and, even in love, manages to make every motive seem scurrilous and overly crafty. A very nice performance we get of a very annoying character. 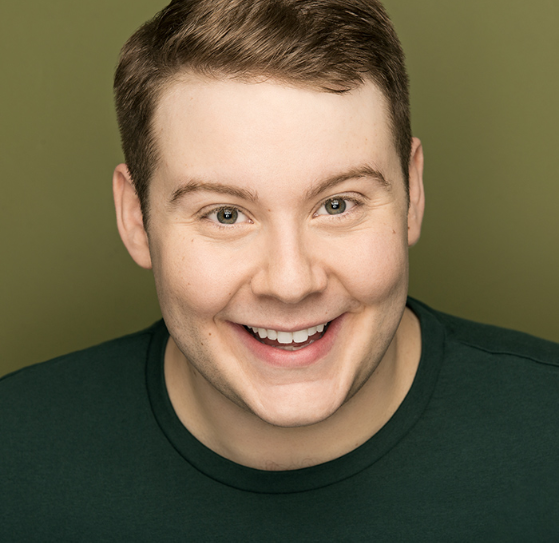 The ultimately heroic, though easily flattered, starfish, Patrick Star, is played by Beau Bradshaw. He is a very funny actor in a very funny part. Not the best singer, he carries his musical numbers with enthusiasm rather than with great interpretive skill and he makes them work wonderfully well. In the scenes where Patrick's ego overwhelms his sensitivity Bradshaw is especially funny. These sidekick roles are never the easiest but he is so far removed from Pugliese's sensibility that the two of them pair in the best Abbott and Costello manner, though neither of them is ever offensive in the way Bud Abbott could be.

As Karen the Computer Caitlin Ort manages to stamp on hearts and make mollusks twitter. She has a wonderful sense of humr and knows how to use it get her required laughs.  Méame  Mazewski delivers a lovely Pearl Krabs singing her descants like a veritable Mahalia Jackson. Helen Regula delivers a Mayor who resembles in speech and manner many of our current politicos whosr earnest if malicious politis threaten to take down the Bikini Bottoms in which we ourselves dwell. 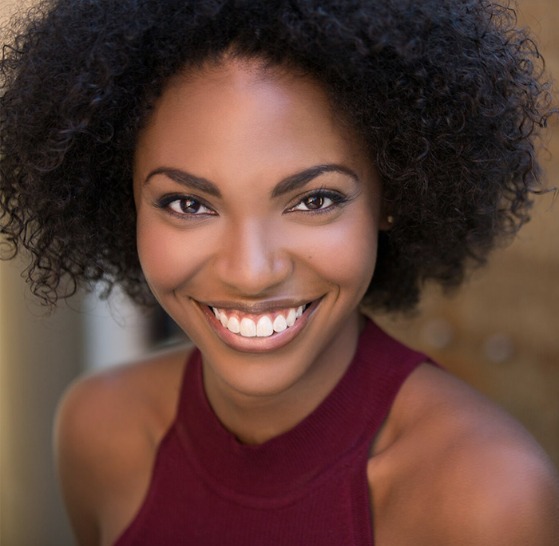 Sandy Cheeks, the squirrel-heroine, is so sweetly portrayed by Daria Pilar Redus that she endears her character to the entire audience with one smile, one word, one note. Redus sings with a sweetness that I wouldn't have associated with such a creature, but her performance may have given me a different perspective on the rodents who people my yard. She not only provides a touch of genuine sensitivity, she also brings brains into the picture and Sandy's survival instincts outweigh any prejudice she may feel toward the unwelcoming local fish. Redus is a fine talent in a role that gives her opportunities to shine, and she takes them all.

She is like a counterpoint to so many of the other characters in this show. There is the greedy Eugene Krabs, played with true lustiness by Zach Kononov. Or perhaps Patchy the Pirate, wittily presented by Morgan Blanchard. Not to forget Stephen C. Kallas as Old Man Jenkins or the wonderful ladies and gentlemen of the ensemble who make so much happen that when the Las Vegas revue number, "I'm Not a Loser," takes place these folks as look-alike anemenone-chorines take the stage and turn it literally into a whirlwind of sparkling jeweled humanity. And I can't ignore, nor forget, the fishy rock group, The Electric Skates, nicely played by Joshua Bess, Stefan Miller and Morgan Blanchard.

There is a not so villainous villain, Squidward Q. Tentacles, a four-legged denizen of the Bikini Bottom township, played by the wonderful Cody Cooley, who just provides that mean-spirited person every good musical should have to take the edge off the sweetness. Cooley has a remarkably good time as the meanest man in town, ready to throw sand into Spongebob's perfect day. Tall and seductive, Squidward has no one to attract and take down, so his efforts fall on the nicest people who spurn his attentions and spoil his intentions even while they like him and want to help him. His character saves the show by saving the show (see the musical to see what I mean). Cooley is just plain fantastic in the part.

The physical production is both beautiful to see and fascinating to watch. With almost constant movement this show benefits from the talents of choreographer Christopher Gatelli and director Tina Landau. They, in turn, are abetted by wonderful designers: sets and costumes by the fabulous David Zinn,  lights by Kevin Adams, hair and wigs by Charles G. LaPointe, makeup by Joe Dulude II,  and sound by Walter Trarbach. Musical tasks are led by Patrick Hoagland and there is never a watery moment. I didn't expect to like this show, but oh, how I did!

The Spongebob Musical continues at Proctors Theatre, State Street, Schenctady, NY, through Saturday, September 28. For information and tickets go to www.proctors.org or call the box office at 518-346-6204.