T he difference between who and what you are and who and what you seem to be is at the heart of this play, a comedy that will tug at your heart-strings, like it or not. Perfectly cast, this two and a half character play has been entertaining audiences since Eli Wallach first took on the title role on Broadway, playing in over 50 countries. The production in Vermont is the third one I’ve seen in this region. It is one of the best.

On a wonderful upper West Side New York apartment set, designed by Carl Sprague, two men: Ross Gardiner, played by Dean Linnard and Mr. Green played by Richard Howe, meet weekly in a court-ordered confrontation (Ross had nearly run over Green; this is his community service punishment). They are now combatants over space and priority and it is the soup from Fine & Shapiro that forges a new if distant friendship.
It is only when the rwo men divulge their personal secrets that the series of short scenes becomes a play. Their beliefs and ideologies turn into the energy that burns souls. The awkward comedy transforms into a poignant drama and the two men become real people instead of crafted characters. Linnard’s Ross is both victim and catalyst for what follows. This tall, good-looking young actor does well in his role. We emp- and symp-athize with him from the get-go. His punishment for, really, no crime ends up being therapy for both men as the author creates a new family out of scattered particles of people. 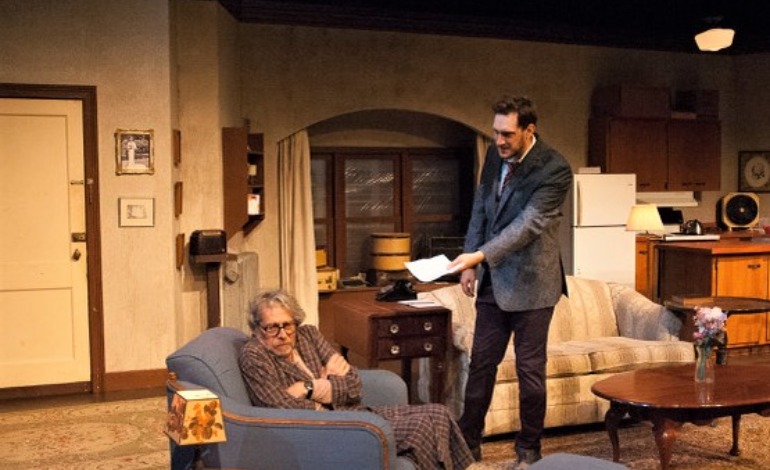 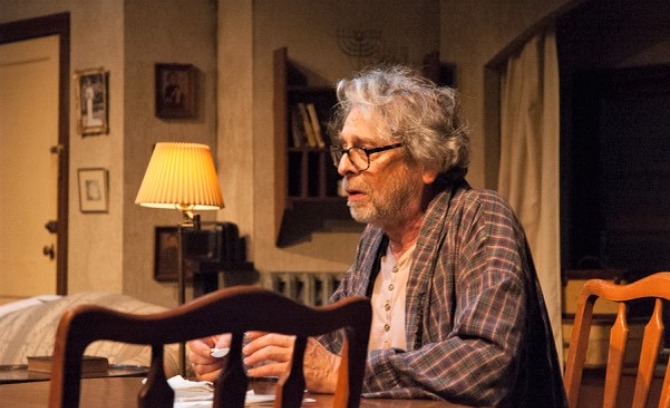 Richard Howe, as Mr. Green, reaches a new highpoint in his career in Vermont theater. He goes from bland old bastard to emotionally wracked humanity to grateful son to expectant father, an unexpected father whose quest for love is never merely regurgitated. It is the emotional  emoting an actor yearns to play and Howe is superb at it. In spite of other, earlier triumphs this is the one people will remember for years to come.

The perfect way to spend an afternoon or evening, this play could have you laughing and crying, secretly cheering and angrilly cursing, all in an hour and forty minutes. I would have called that “one short lifetime” of experiences. Personally, “I had a ball.”