written and conceived by Laiona Michelle.

"Sit there and count the little raindrops that fall on Little Girl Blue."

Eunice Wayman born in 1933 in North Carolina turned into Nina Simone about 1953 when she started playing cocktail piano in Atlantic City to disguise herself from family who condemned the sort of music she played. It was a drafted combination of classical and gospel and it birthed a new form of jazz-related, Johann Sebastian Bach influenced jazz though she never really considered herself a jazz musician. She ultimately recorded 40 albums and mentored a generation of musicians in a separate school of popular music. Her contralto voice was even more popular than her piano performance style. She considered herself a genius and rightly so. She was also an avid and rabid civil rights enthusiast and worked tirelessly for Black causes. Now she is the subject of two simultaneously produced musicals, The first one, Little Girl Blue, is open and playing for a month at Goodspeed by the River in East Haddam, Connecticut.

Starring the author of the play, Laiona Michelle, this is simply a tour-de-force presentation of Simone come to life. I remember her best sitting at the piano just playing Bach and reaching down into her soul for the music which she played beautifully and more  expressively than I had ever heard it played before, I vividly recall her voice which was so deep and mellow that even happy songs were brought out with sadness and joy mixed together. Her version of "Feeling Good" from "The Roar of the Greasepaint, the Smell of the Crowd" is the perfect example of that and the song opens the first act of this show. Laiona Michelle takes a quick plunge into the pool of history that makes up the book of this very moving and frankly exhausting show. 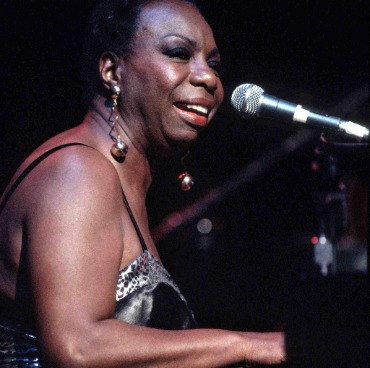 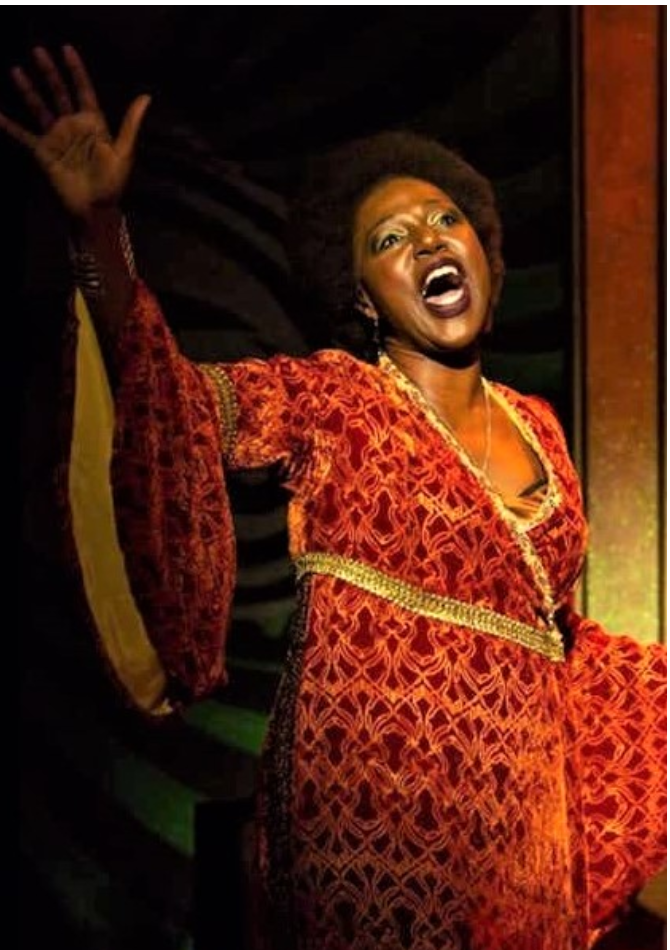 Michelle is sensational. She has the dark, gravelly tones that signal Simone. She has the stature and strength as well. The first act is set at a concert a few days after Martin Luther King's death in 1968 and the second act is at a performance in Switzerland in 1976. Between the acts time had taken its toll on her as things have progressed. Her life has altered and so has her music. Assisted by three terrific musicians who can also act: Ken Salters, Saadi Zair and, at the piano, Mark Fifer who can play anything. However good these men are, though, Michelle is the show. It is as though she has uploaded Simone, to tell her story and to sing her music and most important to bring us who felt we knew her, and to those too young to have known her, a sense that we have her now for as long as we need her. She died in 2003. She lives again!

Her costumes were coordinated by Mary Readinger, Her lighting was designed by Will Johnson, her set was provided by the theatre.  Devanand Janki, the director, has given Michelle and her musicians enough to do to keep the show a play. Ms. Michelle's wigs were designed by Earon D. Nealley and they define which decade's Nina we're watching. The amazing sound design for the play by Jay Hilton makes a big difference to our comprehension of Simone's environment and its effect on her psychology. All of these elements transformed a concert of Simone's songs into a legitimate stage play. At the end of the evening I was reduced to a pile of person, worn out by her major efforts to survive. Take that as a warning. You will become so wrapped up in these Simone encounters that you be warn out by the evening's end and it will leave you even more impressed by the fact that she still stands up and bows, That is what a living phenomenon can do.

Little Girl Blue plays at Goodspeed by the River, East Haddam, CT through the month of August. For information and tickets call